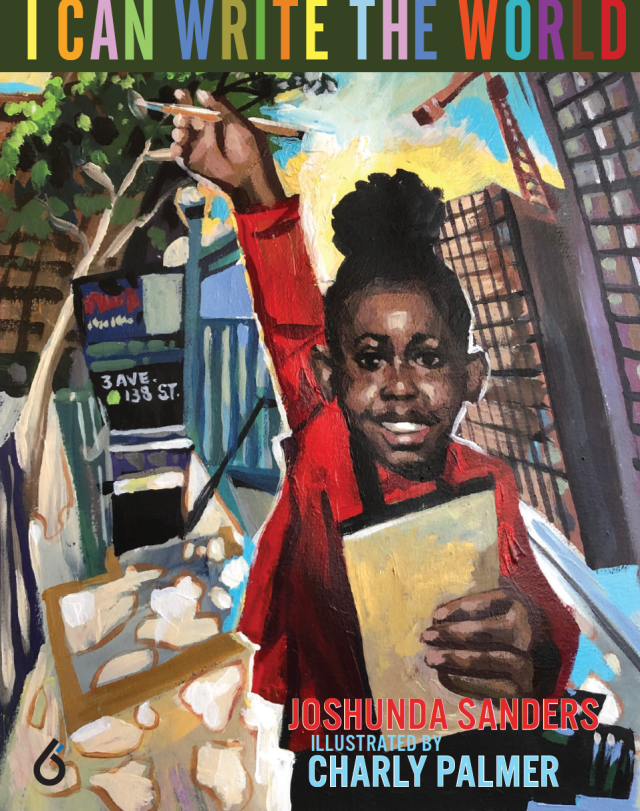 I am just settling back into being home after a quick, amazing trip to the Bologna Children’s Book Fair – one of the world’s largest international fairs for children’s books – where I discussed the children’s book series I’ve been working on over the past year, I Can Write the World. I was in Bologna as part of a “Black Books Matter” panel meant to commemorate the 50th anniversary of the Coretta Scott King Awards.

I’m delighted to share the cover and one of my favorite images from award-winning artist Charly Palmer from the book, which is the first publication of  Six Foot Press, coming June 15th. It’s available for pre-order on Amazon .

I Can Write the World is the story of an 8-year-old Bronx girl named Ava Murray, named for the trailblazers Ava DuVernay and Rev. Pauli Murray (two women who have changed the course of history by uncovering stories with beauty that might otherwise remain lost, hidden or forgotten) who decides to become a journalist after seeing a different version of her neighborhood on television than the one she normally experiences.

I originally wrote a book that was for older kids without knowing it — my default is always to write more complex stories because even the lives of our children are, unfortunately, more nuanced than we might prefer. Carla Precht, the Executive Director of the Bronx Children’s Museum, and her team were instrumental in offering me feedback of child development experts who liked the narrative but thought it might be geared toward older readers in its previous iteration. So inspired by the likes of Jacqueline Woodson and Elizabeth Acevedo, I revisited my original writing love, poetry and wrote it as a picture book in verse. I felt like the result was much closer to my heart. I hope you will sense that too.

I recently went to a workshop for storytellers and educators at the Caribbean Cultural Center and African Diaspora Institute where Juliet Gray, a phenomenal educator and storyteller, shared with us that the average Black six year old child enters elementary school with around 3,000 words, which her white peer is likely to have 20,000. That astounding figure has stuck with me, because it only reinforces how important a book like I Can Write the World is — to give young readers access to a world that looks like them, sounds like them and makes them feel like they can do and be anything they want. 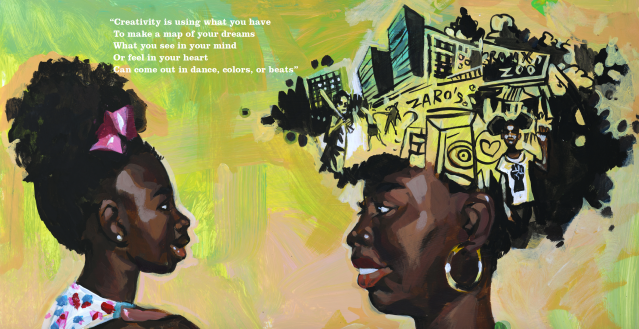 2 thoughts on “My new children’s book series: I Can Write the World”