Last year, when I was just starting to freelance for the Village Voice (R.I.P.), I was starting to gather notes about Harlem Eat Up, the annual two-day festival of Harlem’s food scene co-founded by celebrity chef Marcus Samuelsson. When I attended in 2018, my intention was to focus on some graduates of the NYC Food Business Pathways program, one of New York’s food incubators for working class and low-income entrepreneurs with a passion for the food business.

I met the inspiring Jessica Spaulding, who runs the Harlem Chocolate Factory. Spaulding is a Harlem native who expressed some worry about how to keep her business sustainable as money flows to her neighborhood, but doesn’t always find its way to Black entrepreneurs. It was encouraging, then, to see her at the fifth annual Harlem EatUp, which is a true multicultural display of creativity and the expansion of food entrepreneurship as a multi-sensory experience. It’s delightful to sample dishes, cocktails and desserts from local businesses as well as to get the opportunity to learn more about the many gifted chefs and entrepreneurs around us.

Harlem, like the South Bronx, has been reduced in recent years to conversations around gentrification, which is unfortunate. The women I spoke to at Harlem Eat Up, Spaulding included, think that a mix of old and new in Harlem can only be good.

After a few hours in the sun, taking in the sights and familiar faces of proud New Yorkers from last year, it was easy to see what they mean — change is often complicated, but it doesn’t have to be bad. This year it felt like growth had been good not just for Samuelsson and his restaurant, Red Rooster, but also for people who know, love and live in Harlem. 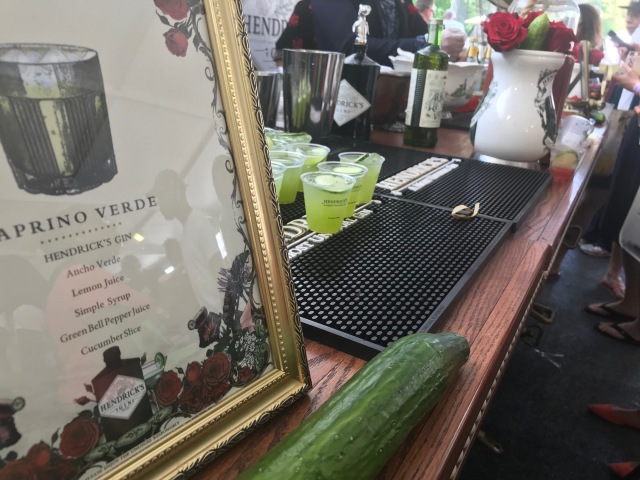