Remember how I said I was having a busy summer, writing all the things? I *was* writing all the things. But I was also revisiting some of the really fun days of my youth by working as Camp Storyteller at Sababa Beachaway in its inaugural season at Old Dominion University. I wrote about it on Medium. I hope you enjoy it. It was a transformative experience to get to witness, and to get to heal a part of myself I didn’t realize was in need of such repair. Here’s a snippet:

Summer camp is, at its heart, an embrace of the best parts of childhood. Your needs are taken care of, even if what you want is another story. Hopefully you make more bonds than you do enemies. You learn things you didn’t know before you showed up, try on a different way of being to see if it matches who you are today, who you want to become tomorrow and maybe after that. You discover the things you never want to try again, usually by failing.

Most everyone around you fails at whatever it is you’re trying differently but in tandem — whether that’s an icebreaker or learning a new skill; You rise and fall and laugh and cry and sleep and lose sleep and get drenched by summer rain and crush hard on one of your camp counselors and write home and make bracelets out of multicolored strings and nothing matters as much as this moment except for the next moment which is so much more fun.

I envy the privilege of being a kid, though I don’t know I was ever afforded the innocence that comes with it, given the body I was born into. Once the innocence is gone, its absence feels permanent, like you can never get it back. Adulthood is the unrelenting weight of knowing, context, responsibility…

(As Camp Storyteller at Sababa) I tried to imagine being a pre-teen or a teenager in the world of today, trying to disconnect from the incessant chatter of the world for even 24 hours straight, then not only learning how to answer the call of the ocean by attempting to surf (I didn’t get a chance to try) but also learning more about how to become more of myself through seeing myself reflected in a community that both saw and affirmed me during this two-week journey.

One of the first items I received and cherished, aside from my trusty waterproof camera, was my Siddur Sababa, which on its cover outlines the Sababa values: To be stoked by fire, propelled by water, nourished by taking only the food that we need and to find balance in the shelter and sanctuary of one another.

Within days of being at Sababa, I felt like I had found some of my people, even as an adult orphan that still struggles sometimes with belonging especially to new groups of people. Before I knew it, the smallest campers — 10 years old and pretty talkative — were among the first to befriend me. (This is a good time to mention that I actually find kids to be the most intimidating, scariest humans of all — they are fragile, they see everything, they know stuff they maybe can’t articulate with big words like adults can, but they break so easily and also they don’t filter anything. They are the bravest, the most honest, the most in need of our protection. They make my nerves so bad because I worry about them more than anything else.)

Each of them offered me presents of found dimes, artful photographs of “big fat fluffy sea birds” (you likely refer to them by their technical names: Seagulls) and an education in competitive ballroom dancing.

I realized just sitting in conversation with them that they were free.

What would it mean, I wondered, to be free most of the time from the perceived, unrelenting social expectation to be perfect? I think for most adults we just assume that’s a wash and we have to be in the game, but for kids, there’s still some hope. Would they not find incredible benefits now, as their identities are still taking shape, and they are deciding who they most want to be in the world, in learning how to disconnect from the endless echo chamber of comparison and social media performance? 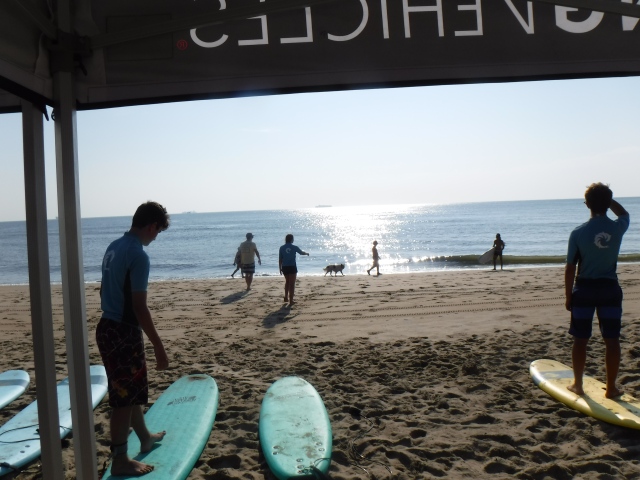